Painting is one of those arts which are accepted and recognized world-wide. There are huge numbers of painters in the world although only few climb the ladder of success swiftly and in a unique way. Painting is somewhere an enjoyment and it means creating renaissance in a remarkable way in the 21st Century. Number of authors have rather authored massive art books on the future of painting and tried to get down all the names of contemporary painters. From a pool of abundant artists all over the world, it seems as a tough task to narrow it down to a small number. In this write-up, we are just trying to showcase Top 10 Best Painters of 21st Centuryin the best possible manner. This may be considered as just a fraction and a small subset of the entire list. Peruse this and in the meantime, also develop some thoughts on the future of painting in the coming centuries. Let’s have a look over some beautiful examples of historical paintings and also get ready to be fascinated by these vibrant and brilliant paintings. The artist took birth in the year 1984 in Kenya and is presently living and working in London, England. One of the most recognized work of Michael being “The Uprising,” 2012, which was oil on Lubugo bark cloth with the dimensions being as 150 x 180 cm. She is the only Lithuanian female artist who got listed in 100 painters of tomorrow. She was born in the year 1984. Her paintings are a wonderful presentation of loneliness, frozen moments of reality and instants of longing. Brierley is an old and experiencedartist. He took birth in United Kingdom in the year 1965. He is known for his neo-baroque painting and has been very active on the international scene for almost a decade now. He has put many exhibitions in Europe and Unites States. She is a British artist and took birth in the year 1982 in Johannesburg. Her works are a representative of British art and are part of the Saatchi Collection. Her paintings frequently evoke public figures. Here are some Still life paintings that are paintings that depict intimate objects which are part of our life within a limited space by the painter or artist. Andre Hemer belongs to New-Zealand and he is one of the Top 10 Best Painters of 21st Centurywho is known for his crossroads between the painting and digital media. He was born in the year 1981. Lukasz took birth in 1986 in Kalwaria Zebrzydowska, Poland and is presently working and living in Krakow, Poland. Sanssouci, the oil canvas painting of the year 2012 is one of his most renowned art works. Sendor, born in the year 1977, New York, USA, presently lives and works in Brooklyn, New York, USA. His hyper-realistic oil paintings include pixelated and digitalized images. Do you want to give life to your painting than refer to these 7 Basic Tips to Give Life to a Paintingand see how your pull spectators into your work One of the oldest known artists is Julia Watchel. He was born in the year 1956 in the New York City, USA. Presently, he is living and working in London, England.The ideology of Love, 2013 is one of the appreciated oil on canvas work of Julia. 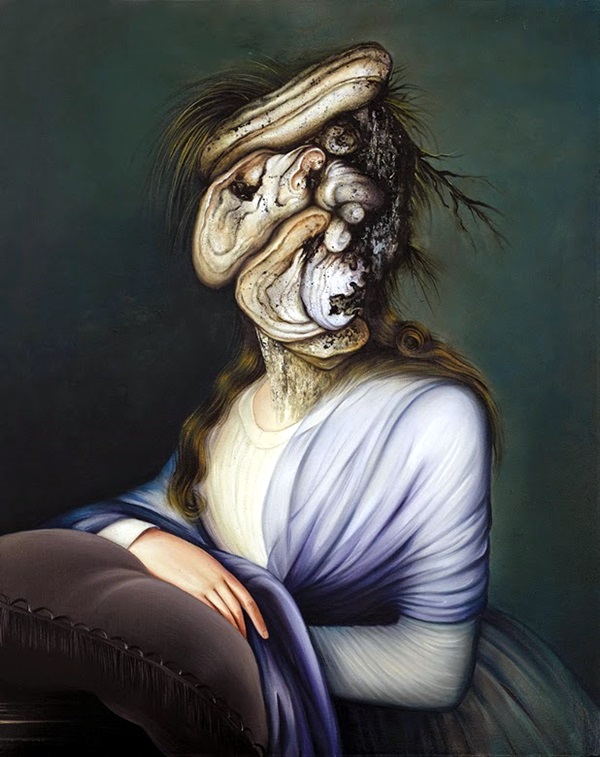 The name Ewa Juszkiewicz got all fame in the year 2013 in Poland when she won the prestigious and well regarded Bielska Jesien Biennale of Painting. She is known for her works portraying women with deformed heads, gigantic insect bodies, tribal masks etc. she gives a lot of attention to her craft and art work and is always interested in learning about ways of portraying women. She also made to the list of Top 10 Best Painters of 21st Centurywith her latest works by looking into the dreamy world and as a result the paintings are full of feelings and various intuitions. These names are just a minimal representation of the bigger list. It is extremely difficult and a tedious task to just name all the best artists at once but we just tried to compile the best at once. In this highly competitive world, we all are expert in some or the other field. Whether we are…
0 Shares
0
0 Table of Contents Hide Creative Examples of Paintings in Photoshop If you thought one always needs paint, brushes…
0 Shares
0
0