15 Games to Play at a December Birthday Party December is a busy month for most people due to all the festivities and holidays. It is also a great time to catch up with your family and friends. Most people like to stay at home during the month of December and spend some quality time with their families. There are many things which people can do together with their families and have some fun. If anyone has a birthday in the month of December, it is a great time to celebrate since everyone is available. Staying at home, there are many games and activities which people can indulge in. Here are some great games and December Birthday party ideas which you can use:

When it comes to playing indoor games, there are hardly any more interesting games than pictionary. It doesn’t need a lot of tools or objects to play with: just something to draw on and draw with. Rules are simple: there will be two teams and at one time, one team would have to guess what’s being drawn. The player drawing would be from the same team that is guessing but the subject would be given by the other team. What shall be the topic on which the subjects are to be given totally depends on the people playing the game.

If there are more than 6 people then musical chairs can be a very interesting game. The game not only requires one to use their brain but also their bodies. The physicality of the game makes it more exciting than any other game. There needs to be one person who is not part of the game and has to control the music. As more players get out of the game, the chairs also get fewer and the suspense gets bigger. This is one of the best December Birthday party ideas and is loved by people around the world.

This one is mostly for the young ones as it is a lot more experimental than other games. Not only experimental, it can also get explicit which is also why many young people enjoy it. The rules of the game are simple: the player has to decide whether he will answer a question truthfully or complete a task. It can also be enjoyed if the players don’t know much about each other. The game gives a good chance for the players to know each other as people are put into difficult situations.

One of the most enjoyed card games, this one is generally enjoyed by the adults. It is very exciting to play if you are into card games and enjoy the suspense of them. This is most fun if the players are betting money which makes the game even more serious and fun. While poker is something which is also played by professionals, it is also one of the best December Birthday party ideas to consider. It is always a good thing to win a game and also earn a little money. And poker is the game that gives you the chance to do that.

Played by 2 to 4 players, scrabble is an interesting board game that challenges your mind. While it is stereotyped as a children’s game, many adults like to play this game too. It is a great game if you like to find out new words as well as test your knowledge of words. It requires a set of the game which includes a board and many letters. Many people also keep a dictionary with them so that they can check a word if it sounds dubious. It also makes the game a lot more fun when a word confuses the players.

Played by 2 players or more, twister surely tests a player’s physical abilities. One of the most important things required to play this game is a healthy body because one really needs to stretch a lot. Due to the physicality of this game, it is only recommended to players who are more than 6 years old. Also, if you are old and not fit enough then it is advised to not be a part of this game. Players have to follow the orders and put their hands and feet on the given places. The last one standing wins the game.

Uno is yet another card game which is enjoyed by a lot of people. But unlike poker, this one has its appeal towards the younger generation. A deck of UNO has 108 cards of 4 different colors. The game can be played by at least 2 and not more than 10 people. A game with 10 people is most fun as the competition increases with the number of people. There are 8 wildcards in the deck which are used by the players to change the color that the players are supposed to submit. Unlike poker and other card games, this one doesn’t involve betting.

Ludo is played mostly in the Indian subcontinent but has some variants in other countries like Uckers in U.K. It is played by 2 to 4 players and involves a board, a set of tokens (4 for each player) and a dice. The players are required to strategize the movement of their tokens and put all the tokens in the house. First person to do so wins the game. The movement of the tokens is decided by rolling the dice. As one of the December Birthday party ideas, this game can be refreshing.

Developed during the Qing dynasty of China, this game has been a constant part of Chinese people. Not only China, but the game is also making way to other parts of the world and is gaining popularity. The game is most commonly played by 4 players and is gone using a set of 144 tiles. These tiles are based on Chinese symbols as well as characters. Players have to use their strategy and calculations to place the tiles and win the game. Due to the spread of this game, there have been some differences in rules as compared to the original.

Another game that is projected towards kids but is also played by adults and enjoyed thoroughly. It is played with the help of 54 blocks which are set up to construct a tower. Played by more than 2 players, each person has to remove one block at a time and place it on top. The game ends when the tower falls and the winner is the last person who successfully placed the block. The game is a lot more about strategy and placement than people think it is.

Never Have I Ever

This is yet another game that is loved by young people and sometimes old ones too. It is a drinking game where one person pulls out a card or randomly says something he or she hasn’t done. If the other players have done the said thing, they would take a shot of the drink. This game isn’t played to win but is one of the best December Birthday party ideas. But to play this game, there shouldn’t be any kids around since it is a drinking game.

One of the best board games, monopoly is loved by people of all ages and is perfect for a party. It is one game where you can use the most of your potential as a businessman or a strategist. The game requires more than 2 players and is gone using the fake money that comes with the set. Due to its popularity around the world, the set of rules can vary in different countries as well as the company which made the set.

One of the best games where chances can get your pockets heavy, bingo is a great game. Among the best December Birthday party ideas, this game can be played by all people. Not only the age of people but it can also be played by any number of people. There are many rules and winning schemes of this game but the common rule is common. All players have a card which has numbers and one person takes out tiles one by one which also have numbers on them. The players have to check the numbers announced on their cards if they have the number.

While it isn’t a rule that adults shouldn’t play this, treasure hunting is preferred by kids mostly. However, the game is mostly conducted by an adult or two. It is best if the place where the game played is large enough to run around and hide things. This game challenges the kids and engages their mind and body as well. If there are both adults and kids in the party, this game can make them tired. And after the kids have slept, the adults can relax on their own.

For the lovers of music, this game is one of the best December Birthday party ideas to choose from. The concept is known worldwide and doesn’t need much explanation. All we need to play this game is a good setup and enough people to cheer up while one person is singing. There are karaoke machines which are available in the market. These machines are easy to use and can be useful for a great party. When you truly love someone from the bottom of your heart, it may be hard for you to…
0 Shares
0
0 Exercising is not only good for having healthy body and heart, but you can also obtain a smart…
0 Shares
0
0 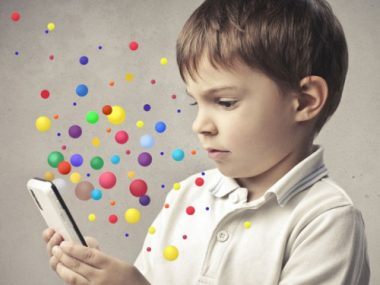 Nowadays, the upbringing of the children is totally different from the way their parents were raised by their…
0 Shares
0
0 Table of Contents Hide Style Tips That Are Instant Mood-Boosters Fashion might change with the change of seasons,…
0 Shares
0
0